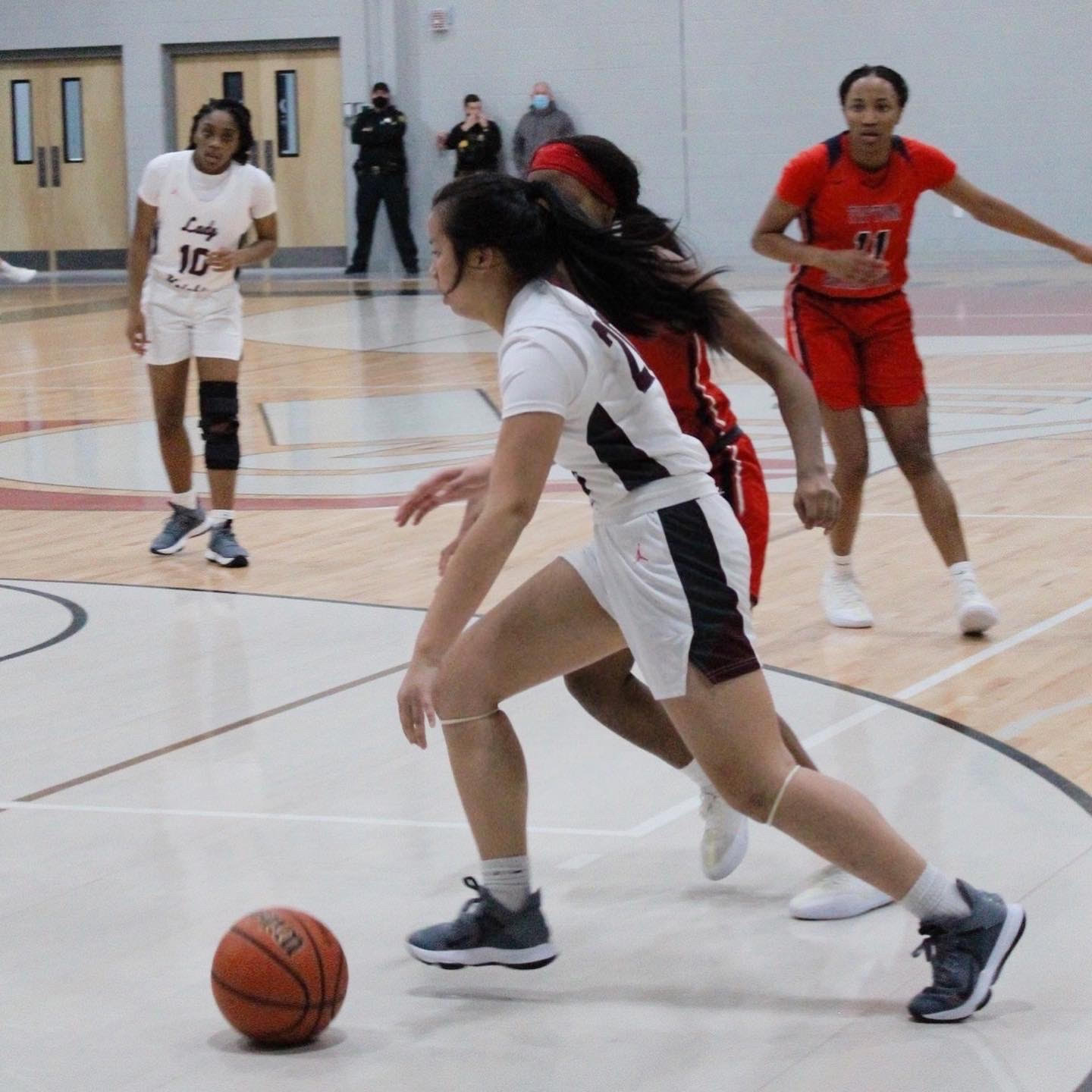 Sacred Heart’s female athlete of the year, Emily Gill, was captain of the basketball and volleyball teams the past three years and captain of the softball team two years. She helped lead the basketball team to its first playoff win in program history this year and led the team in points and steals as a freshman. She was on the school’s first volleyball team as a sophomore, was MVP her junior season and led the team in assists the past three seasons. Gill excelled in the classroom with a 4.6 GPA. An AP Scholar, she was president of the Student Government Association four years and president of the school’s National Honor Society and Beta Club. Highly involved in community service, she was also a Girls State delegate. She plans to attend the University of Florida. 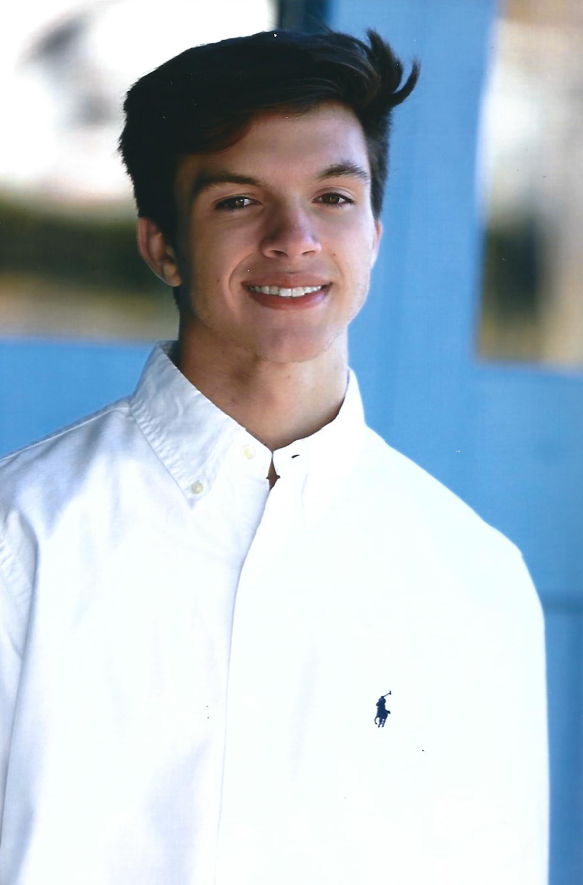 Sacred Heart’s male athlete of the year, Dalton McIntyre, played baseball and basketball for the Knights. He was all-district in both sports. He has a .335 career batting average and a 2.05 career earned run average on the mound. He was a TN Baseball Report Super Freshman and Super Sophomore selection. McIntyre averaged 12.6 points per game his junior and senior seasons in basketball. He scored a career-high 37 points in one game. A Beta Club and National Honor Society member, he has a 4.3 GPA and plans to attend Meridian College on a baseball scholarship. 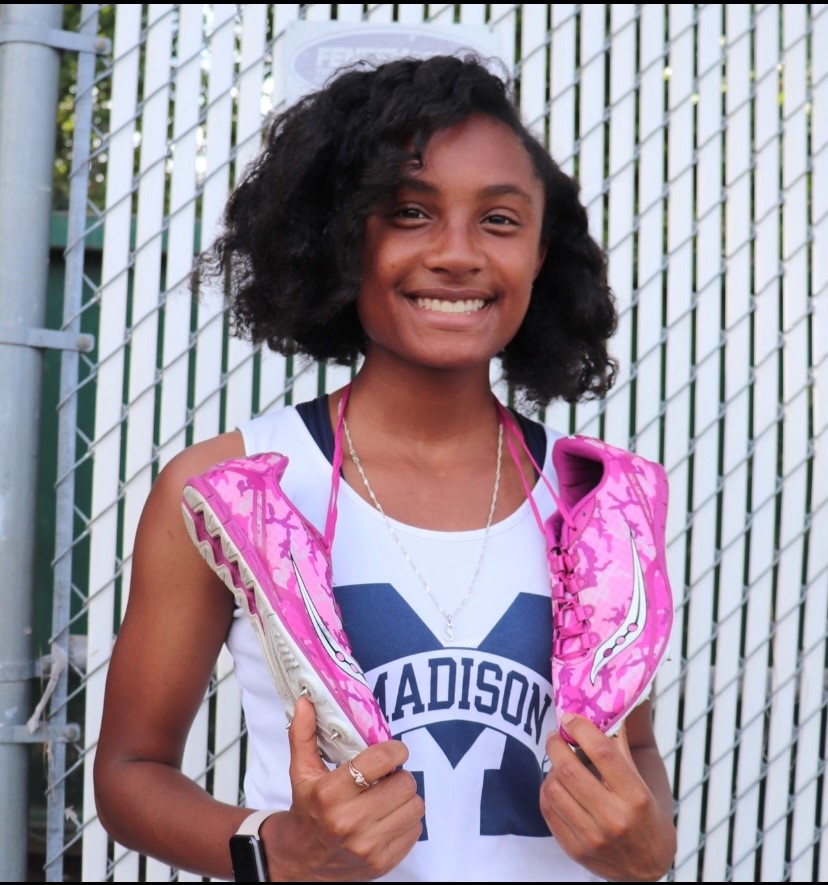 Madison Academic Magnet High School’s female athlete of the year, Serenity Williams, played basketball and was captain of Madison’s cross-country and track teams. She is the school’s cross-country record holder with a time of 19:43 in 2020. She won the West Tennessee girls pentathlon championship in 2019 and placed fourth in the state 800-meter race. Williams is a Tennessee U.S. certified soccer referee and has more than 1,600 hours of community service with numerous organizations. She has a 3.6 GPA and plans to attend Florida A&M on a Navy ROTC Scholarship. She intends to study pre-dentistry, become a surface warfare officer and build a career as a dentist in the Navy. 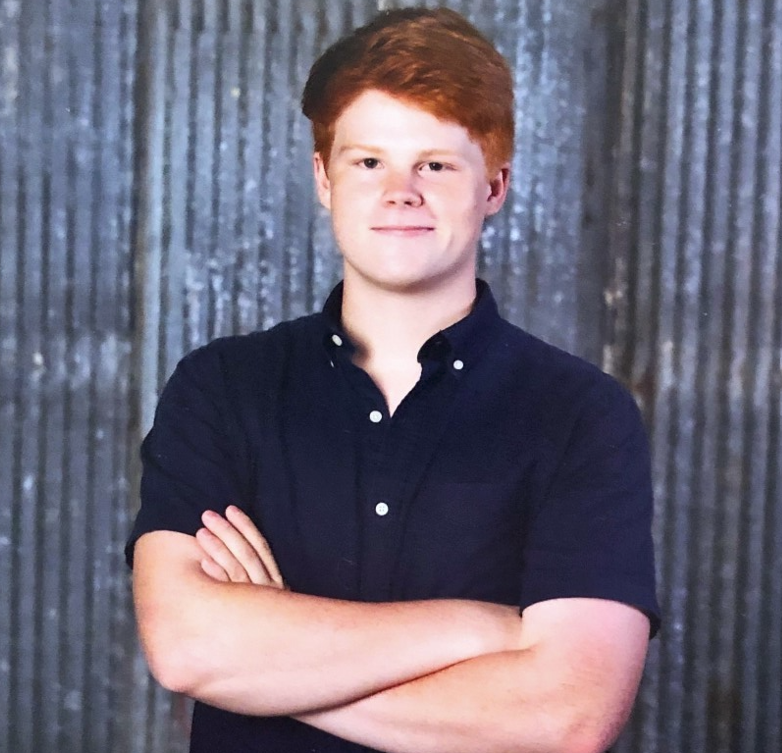 Madison Academic Magnet High School’s male athlete of the year, William Steen, played soccer and football. He was all-district and all-region in soccer and made the Best of the West tournament team. He helped Madison win the district and region twice. In football he was first team all-region and selected as the North kicker for the West Tennessee All-Star Game. He made all six of his field goal attempts and hit 39 of 41 extra-point attempts. He averaged 40.5 yards per punt on 35 attempts. An Eagle Scout and National Merit Finalist, Steen has a 3.83 GPA. He has not decided where he will attend college. 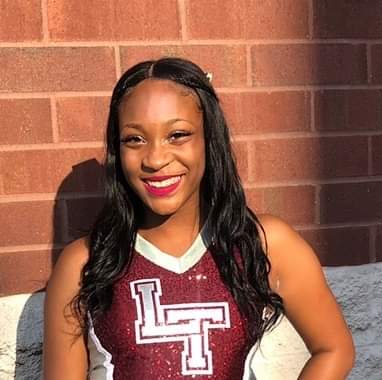 Liberty Tech’s female athlete of the year, Amber Johnson, excelled as a cheerleader and hopes to continue that activity in college. She was co-captain of Liberty’s cheerleaders two years. A Beta Club member, she has a 3.7 GPA and plans to pursue a career in the medical field. 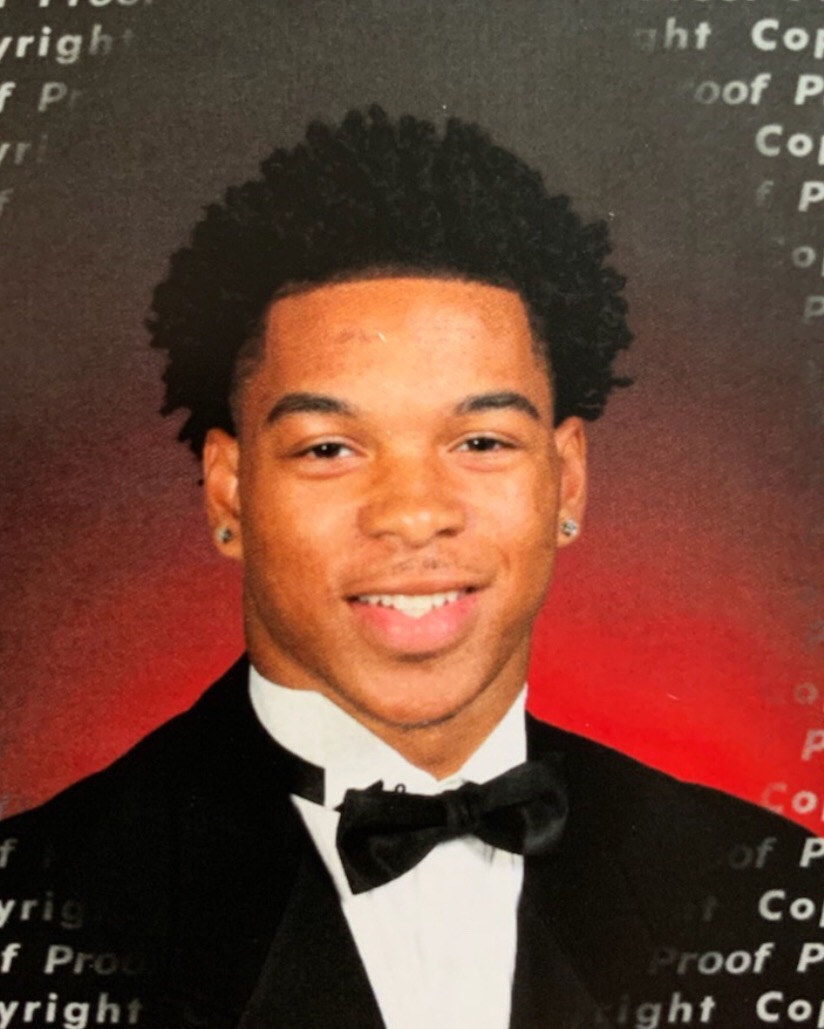 Liberty Tech’s male athlete of the year, Isaiah Jones, played football and was chosen the team’s rookie of the year and defensive player of the year. A Beta Club member, he has a 3.8 GPA and ranks sixth in his class. He has not decided where he will attend college. 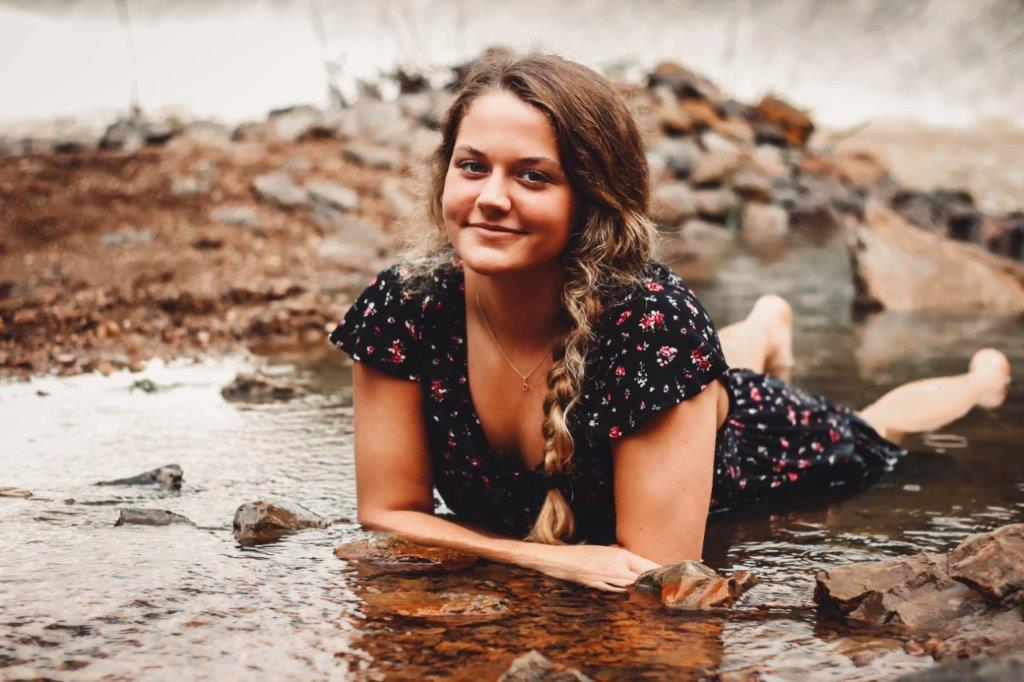 Jackson Christian’s female athlete of the year, Erin Baines, played soccer and basketball for the Lady Eagles. She scored 14 goals and had 20 assists during three years of soccer and was team captain her last two seasons. She was second team all-district last season and the team’s defensive MVP for three years. She played basketball four years and led the team in steals and 3-point goals the last three seasons. She has a 4.18 GPA and plans to study biomedical engineering at Alabama-Birmingham or Mississippi State. 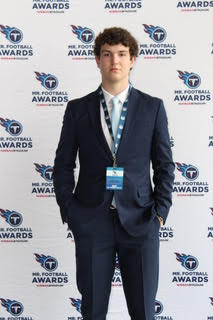 Jackson Christian’s male athlete of the year, Aaron Smith, played football and basketball for the Eagles. He was a stellar quarterback, passing for 2,566 yards and 25 touchdowns last season. He also rushed for 700 yards and 13 touchdowns. His 38 total touchdowns tied a school record, and he set a JC record with 511 passing yards in a single game. He is only the second Mr. Football Finalist in school history and was selected to numerous all-state teams. He averaged 11.7 points per game in basketball and had 491 career points with 61 3-pointers. He has a 3.9 GPA and plans to become a physical therapist. 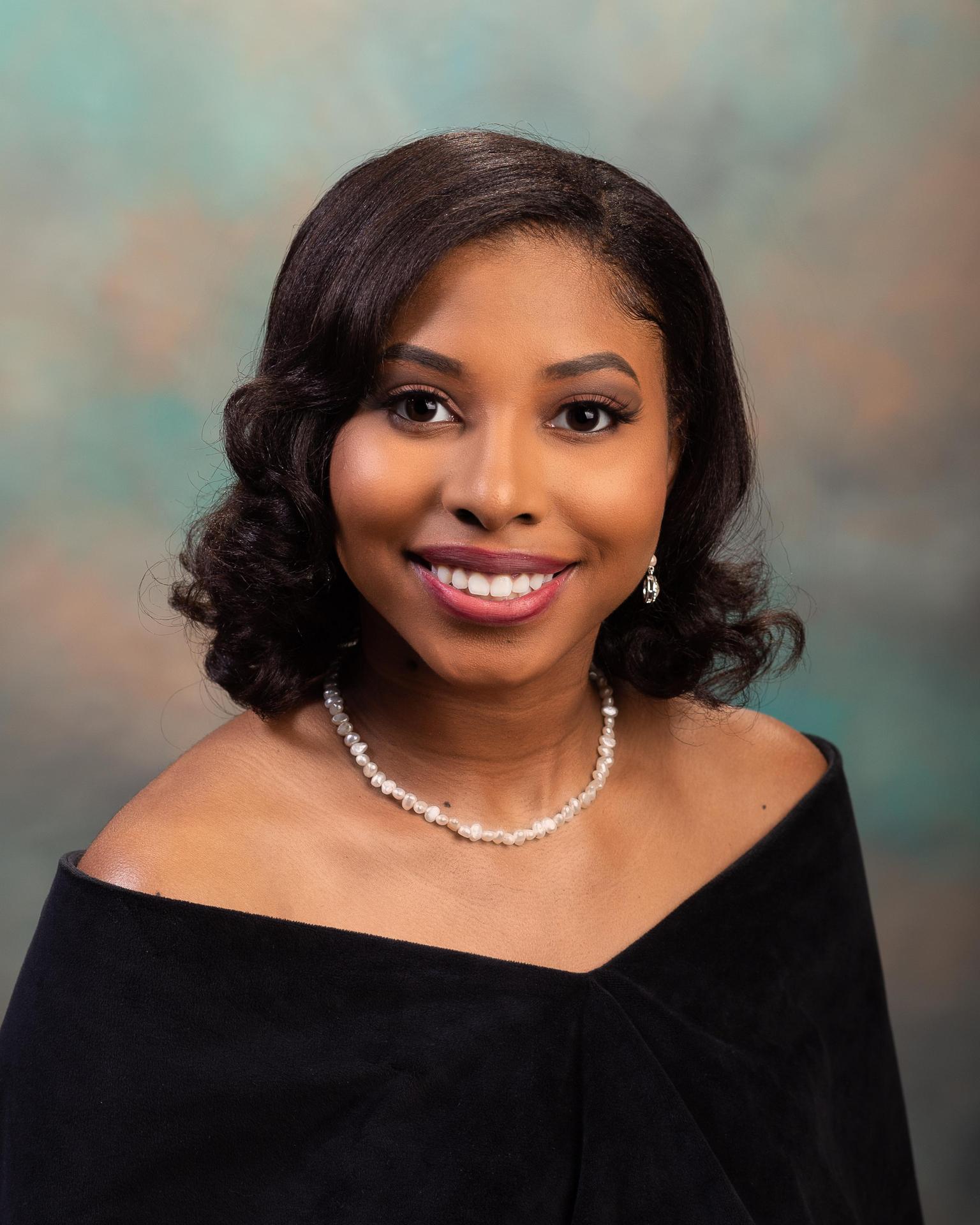 North Side’s female athlete of the year, Maya Bridgeman, excelled in tennis, cheerleading and academics. She won 14 of 18 singles matches and 15 of 18 doubles during her career for the Lady Indians. She was a cheerleader four years and cheer captain this year. Bridgeman is president of the school’s National Honor Society and Beta Club and has extensive community service. She has a 3.82 GPA and plans to attend Rhodes College in Memphis to study psychology and pre-law. 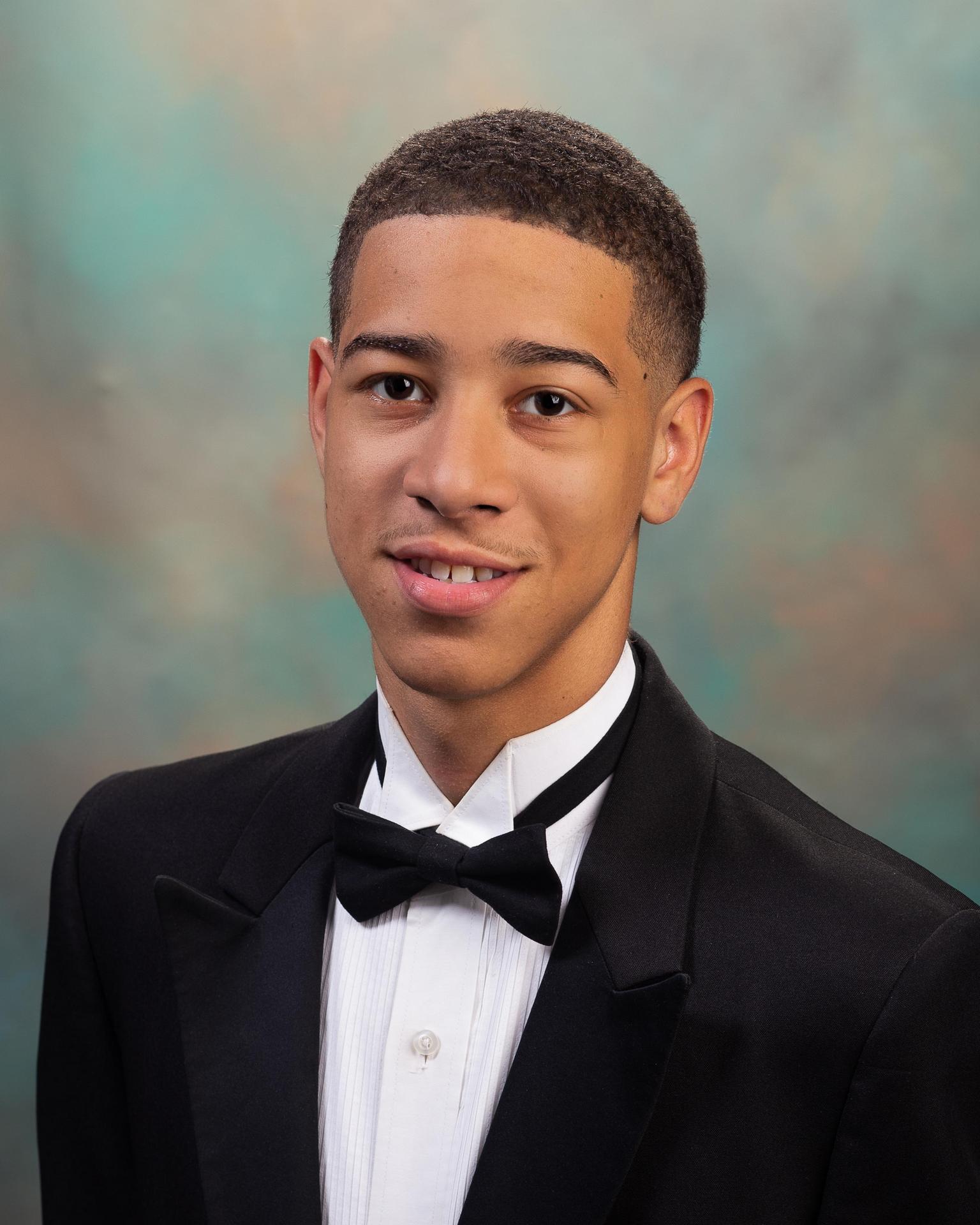 North Side’s male athlete of the year, Adam Smith, was captain of the Indians’ basketball team. He made the all-district and all-academic teams this season and was all-region last year. During his career, he scored 880 points, made 35 percent of his 3-point attempts, made 57 percent of his free-throw attempts and averaged 11 points and five rebounds. He plans to attend Austin Peay State University and major in business. 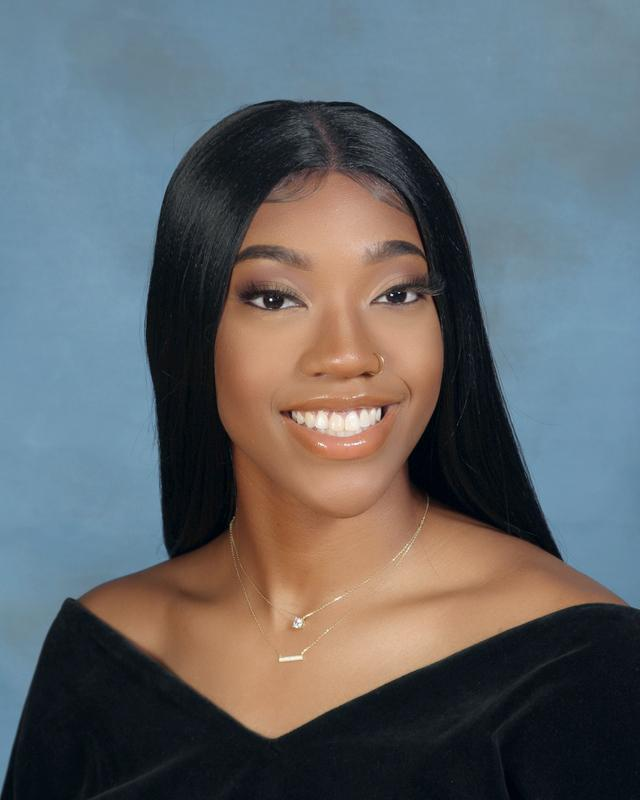 South Side’s female athlete of the year, Tia Hymon, played volleyball and basketball four years for the Lady Hawks. She was captain of the volleyball team last season and made the all-tournament team. She had 16 kills, 21 blocks, 17 digs and no service errors. In basketball this season she made the all-district, all-academic and all-tournament teams. She had the team’s highest field goal percentage and most blocked shots and helped lead the Lady Hawks to the district championship and region runner-up finish. Her career statistics included 611 points, 466 rebounds, 156 blocks and a 58-percent field goal accuracy. Hymon is vice president of the senior class and a member of the National Society of High School Scholars. She has a 4.0 GPA and ranks second in her class. She plans to attend college and work in health care. 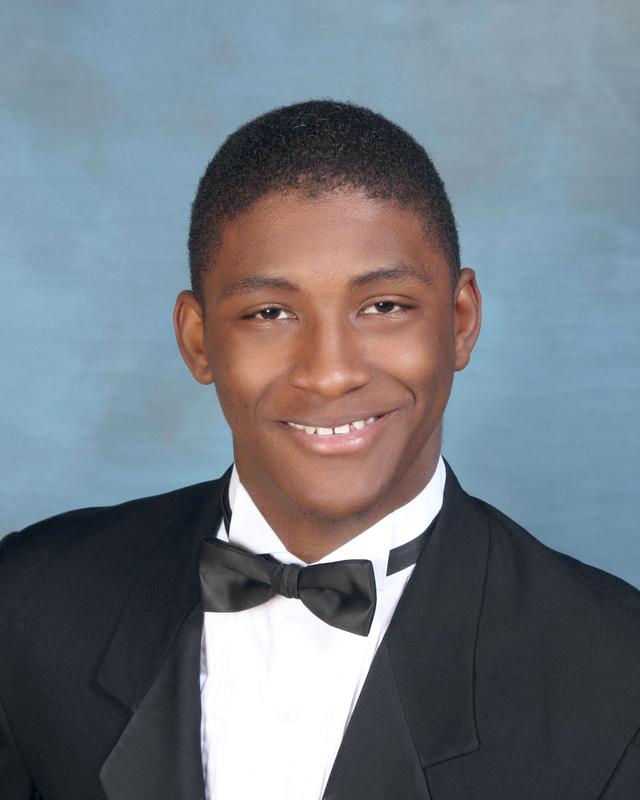 South Side’s male athlete of the year, Jailen Anderson, played basketball and ran track for the Hawks. He was an all-district and all-tournament pick the last three seasons in basketball. This year he was team captain and averaged 14 points and eight rebounds while helping lead the Hawks to a state runner-up finish in Division I-AA. He made the all-academic team this season with a 3.6 GPA. He plans to attend college on a basketball scholarship and become an athletic trainer. 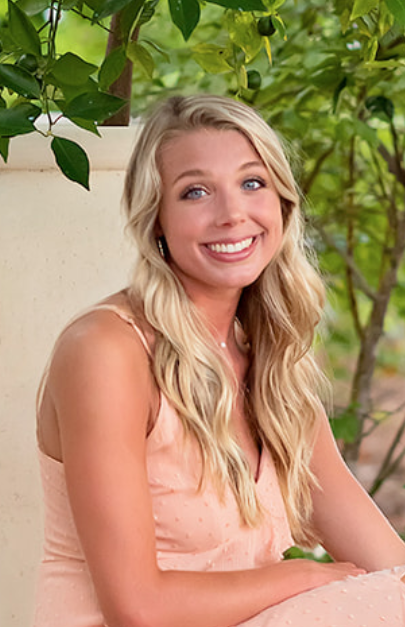 Trinity Christian Academy’s female athlete of the year, Avery Abernathy, played volleyball and ran track. She made the Division II West All-District team in volleyball last season. In 2019 she was all-district, all-tournament, all-region and first-team Jackson Sun All-West Tennessee. In the 2019 state track meet she ran on the fifth-place 800-meter relay team and seventh-place 400-meter relay team. Abernathy has a 3.8 GPA. She has not decided where she will attend college. 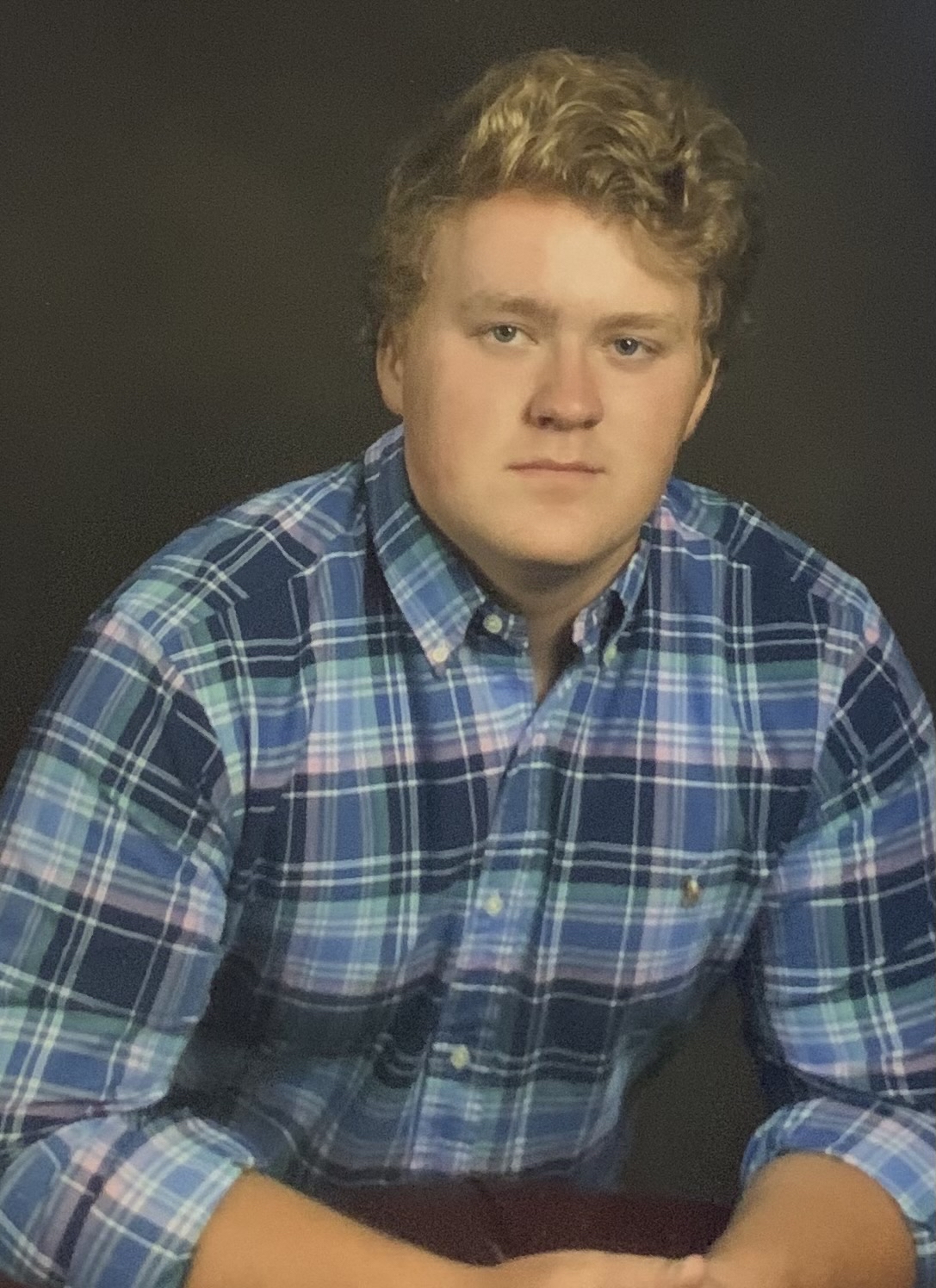 Trinity Christian Academy’s male athlete of the year, Jack Oliver, participated in football, track and golf all four years with the Lions. At 6-foot, 250 pounds he was a stellar offensive lineman and received all-state honors from numerous organizations. He was all-region and third team All-West Tennessee. In track he set the school record for discus with a toss of 105 feet, 3 inches. In golf he helped TCA finish second in the state in Division II-A as a junior. Oliver has a 4.1 GPA and plans to attend Samford University in Birmingham, Ala. 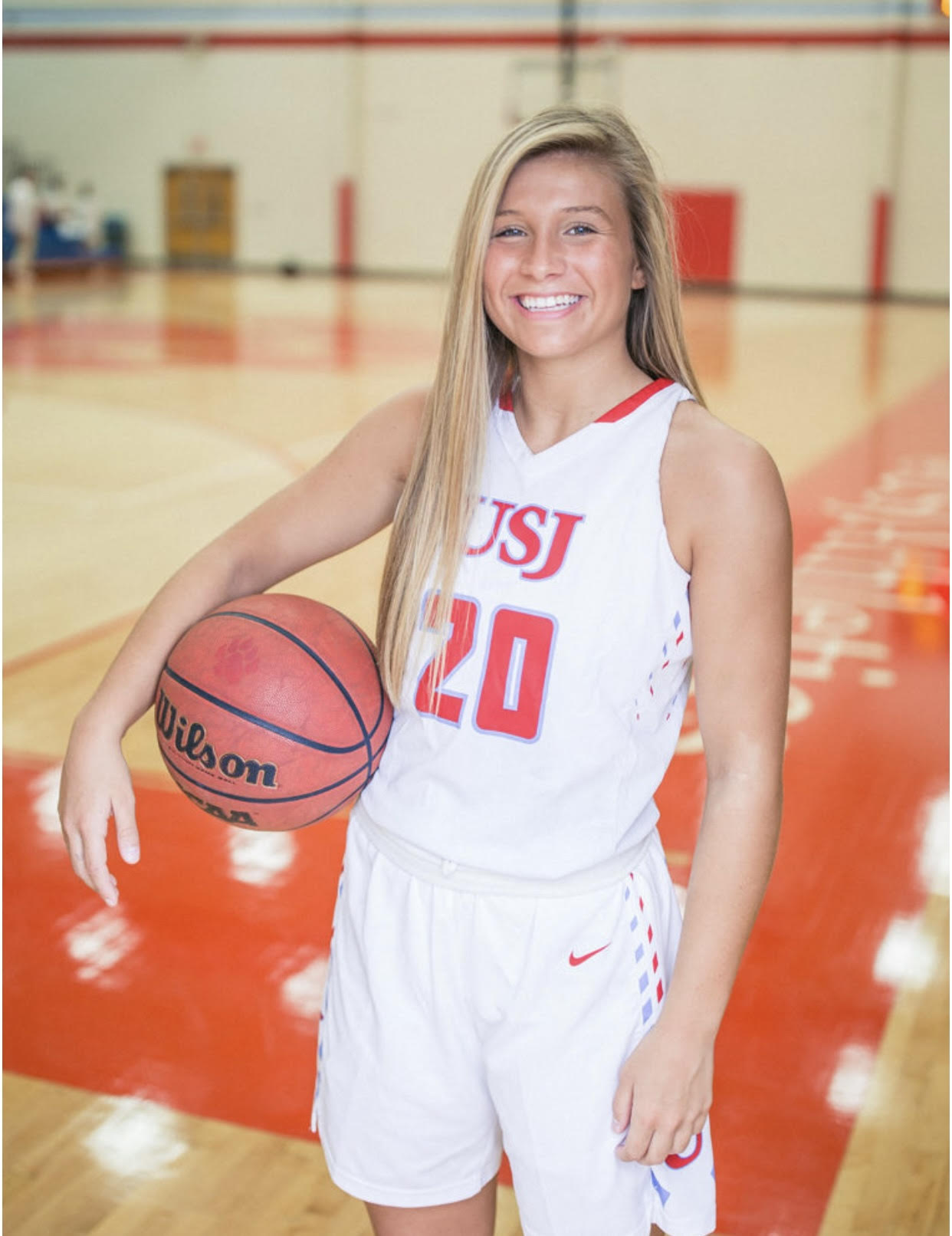 University School of Jackson’s female athlete of the year, Olivia Jones, played basketball and soccer for the Lady Bruins. She helped lead USJ’s basketball team to the Division II-A state semifinals this season. She was all-state, twice all-region and three times all-district. Her career statistics include 1,613 points, 581 rebounds, 305 assists and 277 steals. Playing soccer she was an all-district pick three years. Jones has a 3.1 GPA and plans to continue her basketball career at the University of North Alabama. 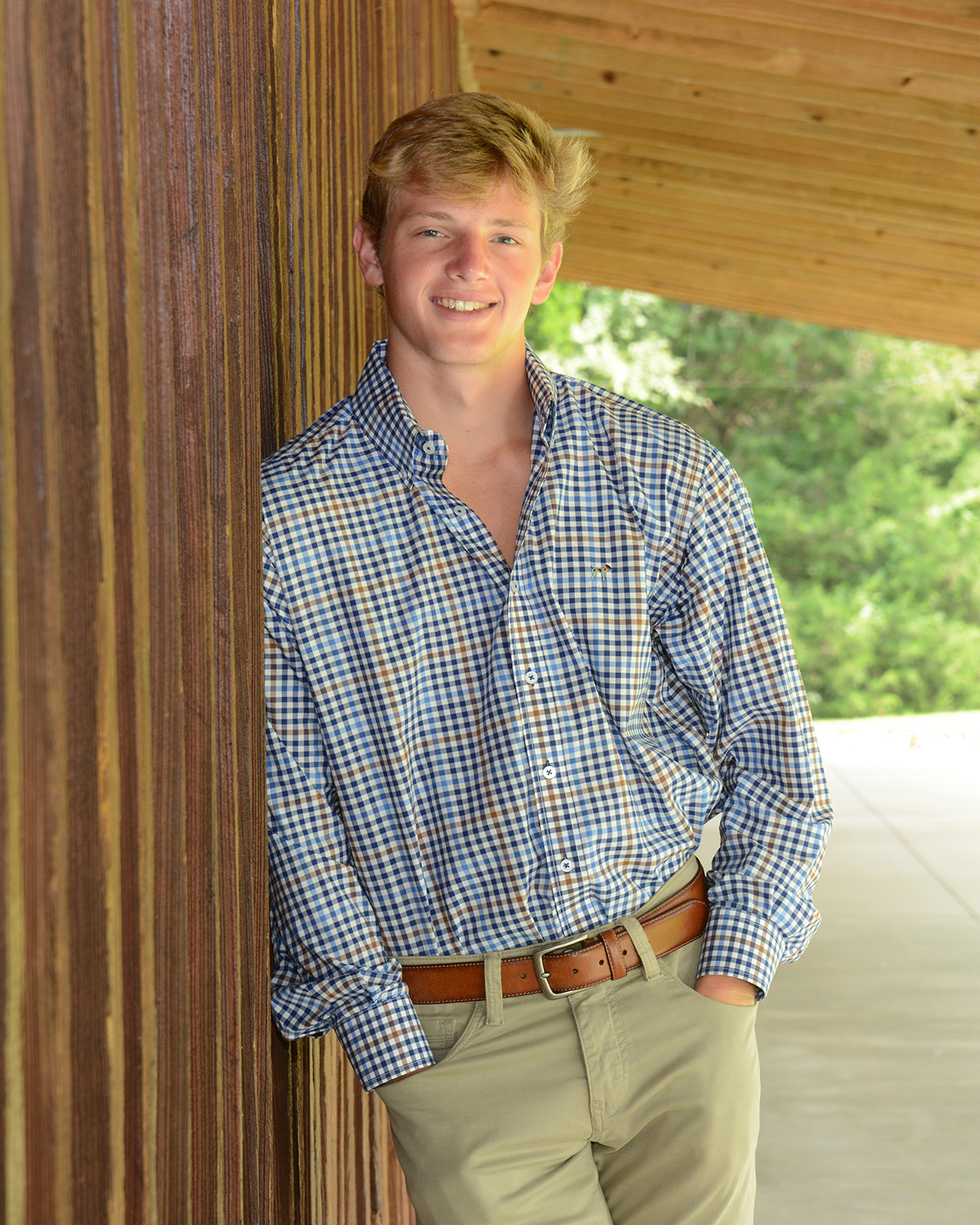 University School of Jackson’s male athlete of the year, Andrew Smith, played quarterback and was captain of the football team last season when the Bruins finished 12-3 and advanced to the state championship game in Division II-A. He completed 139 of 240 passes for 1,936 yards and 22 touchdowns with only two interceptions. He also rushed for 263 yards and four TDs. In his four seasons at USJ, the 6-foot-1, 165-pound Smith passed for 3,153 yards and 35 touchdowns and ran for nine TDs. He was All-Region in 2020 and All-Region honorable mention in 2019. A member of USJ’s Honor Council, he is a campus leader and has a 4.4 GPA. He plans to attend the University of Mississippi.