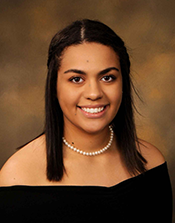 Sacred Heart’s female athlete of the year, Briana Marks, played basketball and softball for the Lady Knights. As basketball team captain her senior season, Marks led the team in blocks and field goal percentage. During her junior season, she led her team in rebounds and field goal percentage. She’s currently serving as team captain for the softball team. She has participated in the Art Club, choir, and theatre, and she received several academic awards for algebra and drama. She’s a Jackson Symphony Ambassador and enjoys volunteering for RIFA, Room in the Inn, Champions Day, and St. Mary’s School. She plans to study early childhood education in college. 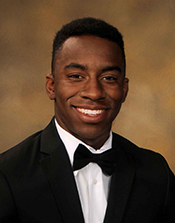 Sacred Heart’s male athlete of the year, Kylon Holder, played basketball, baseball, and football for the Knights. On the baseball field, Holder had a .339 batting average, 4 homeruns, 19 RBIs, 26 runs, and .750 slugging percentage over the 2018 season. He was honored as 2018 All-District, All-Region, and Jackson Sun Player of the Week twice. In 2017, he set a record for the first homerun and grand slam in Sacred Heart baseball history and earned All-District and All-West TN second team honors. Over the 2017 season, Holder had a .375 batting average, two homeruns, 18 steals, and 30 runs. In 2016, Holder had a .348 batting average, 12 RBIs, 27 runs and 15 stolen bases, and he was named to the All-West TN Honorable Mention second team. Holder was also a key member of the MTAC Division I 8-Man football state championship team. His team went on to win the NHSA 8-Man National Championship. Holder was a member of National Honor Society, National Society of High School Scholars, Beta Club, the National Academy of Future Scientists and Technologists, the Society of Torch & Laurel, and Jack and Jill of America. He led his classmates as class president and attended the National Academy of Scientists and Technologists leadership conference. With a 3.3 GPA, he plans to study mechatronic engineering in college. 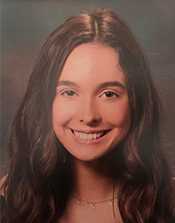 Madison’s female athlete of the year, Ellie Harrell, played soccer for the Lady Mustangs. Over her career, Harrell scored 16 goals and received District All-Tournament honors. She helped lead the Mustangs to the state tournament three seasons (2016, 2017, 2018). Harrell was recognized as a Wendy’s Heisman for High School Students finalist. For her accomplishments off the field, Harrell received the Governor’s Volunteer Star Award and was honored as Exchange Club Student of the Month and a P.E.O. Star Scholarship finalist. With a 4.0 GPA, Harrell ranks top 10 in her senior class and plans to attend the University of Tennessee. 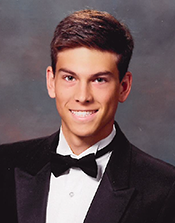 Madison’s male athlete of the year, Noah Simpson, played golf and ran track for the Mustangs. Simpson’s personal track records include 53 seconds in the 400 yard dash, 2:14 in the 800 yard race, and 5:20 mile run. He ranked 11th in the state for the 4x800 yard race in 2017. In golf, Simpson played in the state tournament his sophomore and senior seasons, tying for 28th as a senior. In 2018, he ranked in the top 10 for most birdies on the first day. Simpson was a member of the National Honor Society, Junior Rotarian, and Leadership Academy, and he was nominated to participate in Boys State. With a 3.7 GPA, Simpson is deciding where he will pursue his college education; options include Air Force Academy, Union University, or the University of Memphis. 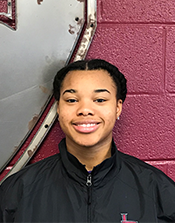 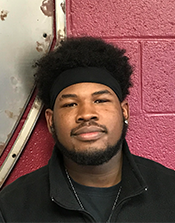 Liberty’s male athlete of the year, Gianni Thomas, played football and baseball for the Crusaders. Over his football career, Thomas tallied 35 solo tackles, 39 assist tackles, and seven sacks. He was honored as Defensive Most Valuable Player in his senior year and Most Improved Player. Off the field, Thomas has been involved in Teen Court and Kappa League. Thomas plans to pursue a bachelor’s degree at Lane College. 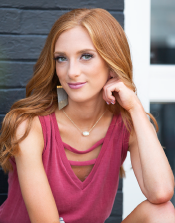 Jackson Christian School’s female athlete of the year, Mary Claire Swaim, played soccer for the Lady Eagles and was a member of the cheerleading squad. As captain of the soccer team, Swaim scored 81 goals over her career and was voted Player of the Year. She was honored as a Wendy’s Heisman Award finalist and named to the All-Region and All-State first teams. Swaim led her travel soccer team to three state championship wins. With a 4.4 GPA, Swaim ranks first in her class and served as National Honor Society President. Swaim plans to attend Mississippi State University to study biology on a pre-medicine track. 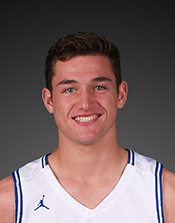 Jackson Christian School’s male athlete of the year, Seth Snider, played tennis, basketball, football, baseball, and ran cross country for the Eagles. As quarterback for the football team, Snider scored 26 touchdowns, had 1,885 passing yards, and 303 rushing yards over his senior season. He ranked top 25 in the state for passing yards and was honored as Offensive MVP and Sports-Plus Player of the Week. He was named to the All-Region second team and All-West Tennessee third team. On the tennis court, Snider ranked top 10 in the state after the 2018 season and finished as runner up in the 2018 USTA tournament. He was named All-District (2016, 2017), All-West Tennessee (2017, 2018), and All-Region (2018). Over the 2019 basketball season, Snider averaged 9.8 points, five rebounds, two assists, and two steals per game. He was named Defensive Player of the Year for his accomplishments during the 2018 season as a junior. A member of the National Honor Society, Snider plans to attend the University of Tennessee at Martin to study civil engineering. 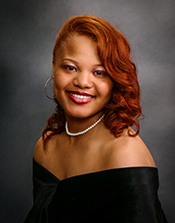 North Side’s female athlete of the year, Eumiah Shaw, played basketball and soccer for the Lady Indians. For her accomplishments on the soccer field, Shaw was named to the All-District first team and honored as Defensive MVP. In basketball, she received the first team Academic Award. Shaw was a member of Beta Club, the Youth Advisory Council, North Side Advanced Choir, and North Side Gospel Choir. Shaw plans to attend Austin Peay State University in the fall. 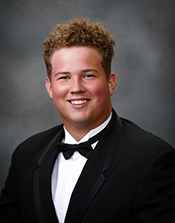 North Side’s male athlete of the year, Ethan Ferguson, played football and tennis for the Indians. A three-year starter for the football team, Ferguson was named Offensive MVP (2017), Region 6-4A Offensive Lineman of the Year (2018), All-West TN Offense third team, and selected to play in the West TN All-Star game. Off the field, Ferguson was a member of the Youth Advisory Council, Junior Rotary Club, Beta Club, and Leadership University. He served as Student Government Vice President, Beta Club President, a member of the Madison County Teen Court executive board, Tennessee Teen Institute peer leader, and See You at The Pole coordinator. Ferguson received the Alpha Kappa Alpha Sorority Scholar Award, and he was recognized as Wendy’s High School Heisman School Winner. He was nominated to the National Football Foundation and College Hall of Fame for High School Scholar Athletes. With a 3.5 GPA, Ferguson ranks in the top 10 percent of his class and is recognized on the Honor Roll. Ferguson plans to attend Birmingham Southern College in Birmingham, Alabama. 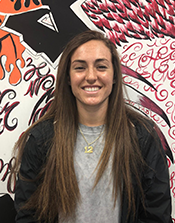 South Side’s female athlete of the year, Josie Willingham, played volleyball and softball for the Lady Hawks. As catcher and shortstop for the softball team, Willingham was honored as an All-District selection three times (2016, 2017, 2018) and All-State selection twice (2017, 2018). Over her career, Willingham scored 103 runs and had 63 stolen bases, a .463 batting average, and .795 slugging percentage. A three-year starting setter for the volleyball team, Willingham averaged 19 assists per match, 2 aces per game, and 3 kills per match. She was named to the All-District and All-Region teams. With a 4.0 GPA, Willingham was a member of Beta Club, Junior Rotarian, and the Yearbook Staff. Willingham plans to continue her softball career at the University of Tennessee on an athletic scholarship. 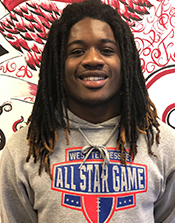 South Side’s male athlete of the year, Devin Bowers, was a key defensive player for the Hawks football team. Bowers was honored as Region 6-4A Most Valuable Player of the Year (2017) and Region 6-4A Defensive Most Valuable Player (2018). Over his sophomore season, Bowers had 65 solo tackles, 24 assists, 10 tackles for loss, two caused fumbles, and one recovered fumble. In 2017 during his junior season, Bowers was the leading tackler in West Tennessee with 102 solo tackles. That season he also had 59 assists, 14 tackles for loss, four recovered fumbles, and three interceptions. In 2018, Bowers was again West Tennessee’s leading tackler with 145 solo tackles. He acquired 39 assists, 29 tackles for loss, four sacks, seven caused fumbles, two recovered fumbles, and one interception. Bowers plans to attend Bethel University, where he was awarded a football scholarship. 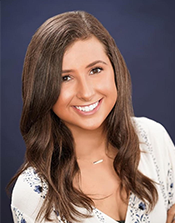 Trinity’s female athlete of the year, Anna Elliott, was a 4-year starter for the Lady Lions volleyball team. Over her career, Elliott helped lead her team to three district championships, two region championships, and two trips to the state tournament. She set three school records, including most blocks in a career, most blocks in a season, and most blocks in a game. In 2018, Elliott ranked second in hitting percentage and fourth in blocks in the state across all divisions. To top off her senior season, Elliott and the Lady Lions had the best season record in TCA history. For her accomplishments on the court, Elliott was named to the All-State team (2017, 2018), All-West Tennessee first team (2017, 2018), and All-District team (2016, 2017, 2018). She was recognized as District Co-Player of the Year in 2017 and 2018. Elliott will continue her volleyball career at Lee University on an athletic scholarship. 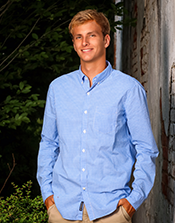 Trinity’s male athlete of the year, Ben Sidwell, played tennis for the Lions. In 2018, Sidwell helped lead TCA to the TSSAA state team championship, and he won the state doubles championship as well. He was a TSSAA state quarterfinalist in 2015 and a state semifinalist in 2016 and 2017. The Jackson Sun honored Sidwell as Male Tennis Player of the Year twice (2017, 2018), and he was named to the All-State team twice (2016, 2018). Sidwell was also a finalist in the Tennessee State Junior Qualifying event in 2017 and 2018. Off the court, Sidwell was a member of the National Honor Society. Sidwell remains undecided on where he will attend college. 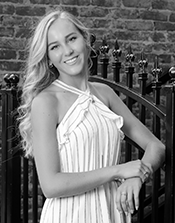 USJ’s female athlete of the year, Hailey Houston, played tennis, volleyball, and softball. Houston was honored as a National Fastpitch Coaches Association All-American Scholar Athlete. She participated in multiple state softball championships and was a member of the 3rd place USSSA National Championship team. On the volleyball court, Houston had 73 kills, 33 blocks, 175 digs, 117 aces, and 27 assists over her junior season. She was nominated for Athlete of the Week. For her accomplishments on the tennis court, Houston was named to the All-West Tennessee team. Houston also received multiple academic awards, including English III Outstanding Achievement Award and AP Psychology Outstanding Achievement Award. She’s a member of National Honor Society, National Arts Honors Society, National English Honors Society, Mu Alpha Theta, and National Social Studies Honors Society. With a 4.46 GPA, Houston plans to study nursing at the University of Tennessee in the fall. 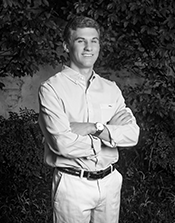 USJ’s male athlete of the year, Carson Nicola, played basketball and ran cross country for the Bruins. A five-year member of the USJ baseball team, Nicola led his team to a runner-up finish in 2017 and third-place finish in 2018 at the TSSAA state tournament. He pitched in the 2017 Division II-A West Region Championship. In cross country, Nicola medaled in every regular season race in 2017. In 2016, his team placed sixth at the TSSAA State Championship meet. Nicola’s team and individual highlights include: USJ Invitational finished third (2016) and second (2018); West TN Fall Classic finished 13th, team finished second (2017); TCA Invitational finished 12th, team finished first (2018); West TN Jamboree finished 21st of 180 (2018). Off the field, Nicola achieved many academic accomplishments, including being accepted to the TN Governor’s School for the Humanities and TN Governor’s School for the Sciences and Engineering. Nicola qualified for the 2018 U.S. History Bee National Championship, was part of the TN Mathematics Teachers’ Associate Math Competition Team, and received the Sewanee Book Award for Excellence in Writing. He was also named AP Scholar with Honor and Head of School Scholar. Nicola was a member of National Honor Society, National English Honor Society, National Science Honor Society, Mu Alpha Theta, Tri-M National Honor Society, DSA Buddy Club, Spanish Club, and Key Service Club. His classmates nominated him as Most Likely to Succeed. With a 4.77 GPA, Nicola will graduate in the top 10% of his class and plans to study history and economics in college.